Back to Artists Workshop 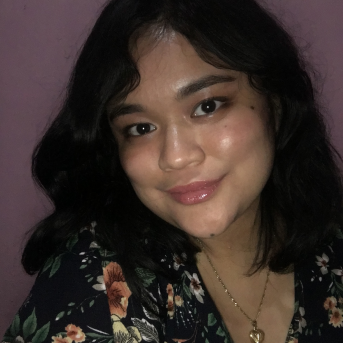 Ateneo Heights Artists Workshop 11 Fellow
“Always a student to the lesson that is life.” 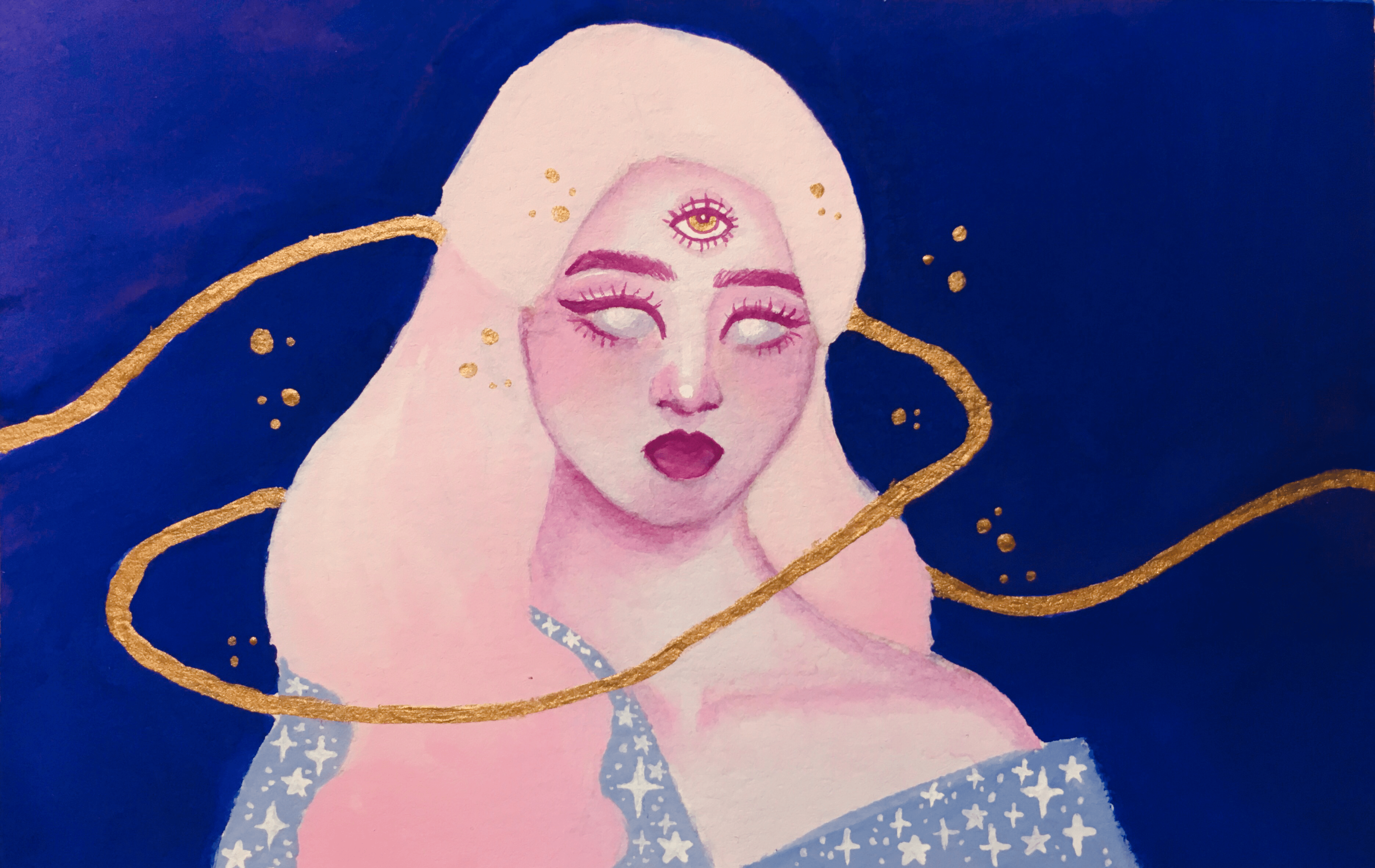 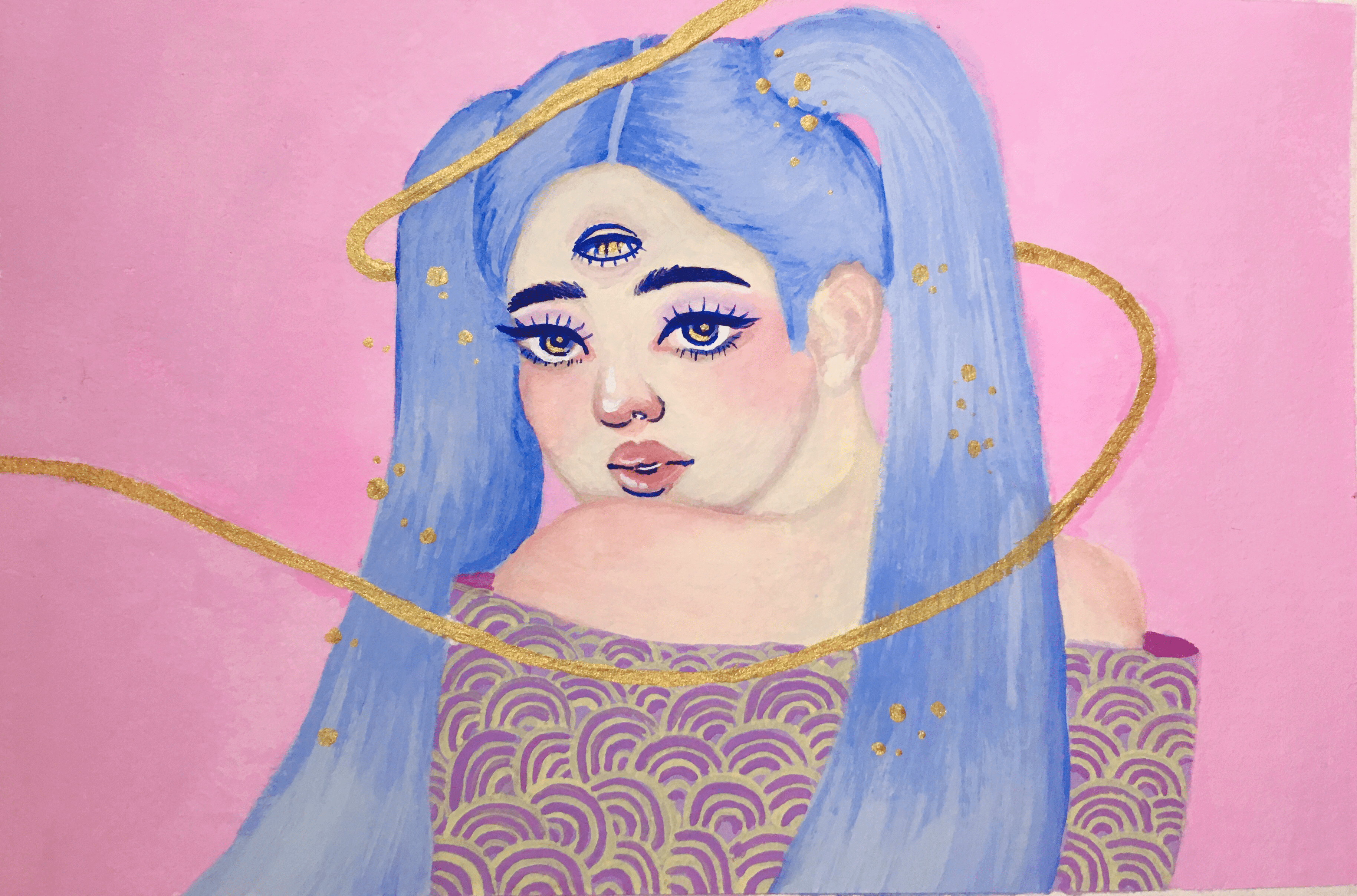 My body of works are a fragmentary response to the fears that plagued me each time I tried to begin something new, a triumphant “I made it!” to the anxieties that riddled me as I began painting again last June. Although my works do not necessarily subscribe to a clear narrative, adhere to a cohesive color palette, or share an overarching look, it consists of works belonging to a genre that was essentially uncharted territory to me: portrait paintings. My works were a testament to my willingness to grow as an artist. This growth in my skills that I experienced was nothing short of uncomfortable. I was doubting myself at every turn, and at some point, I was ready to just abandon what I began and sink into the recesses of my insecurities. I had a clear goal in mind in the beginning of the year: I had wanted to come back and explore anything more I could do with gouache, a medium I had only practiced painting landscapes and architecture with. Taking on the challenge of painting faces and the human body was a daunting and ambitious challenge I set for myself. There were so many more intricacies I had to consider. Do I capture the likeness of my subjects down to every feature they had? Do I just imitate what I saw before me so that I didn’t have to think this process thoroughly? If I were to deviate from earthy colors and skin tones, where do I even begin? Do I want this to look pleasing or do I just go wherever my gut tells me to?

My pressing questions posed no clarity to me. If anything, I felt as if I was at a crossroads. I was too terrified of going down into a direction that could stir my deepest dissatisfactions towards what I do and put out the fire I was willing to set ablaze. Because I felt too trapped in my own expectations, I decided that each portrait would be a symbol of my letting go. I let my mind free of what I anticipated other people to say by allowing myself to unabashedly gravitate towards a vision I would like to bring into reality. Painting always brought me great solace and motivation because the colors I could paint with made me giddy with endless possibilities and combinations. It melts all my worries, pains, and aches away as I find myself falling into the familiar dipping of my brushes into my paints as I lay them onto the surface of my paper. It brought me so much comfort when I began again because I found myself excited to finish stroke after stroke to complete my painting instead of worrying what went after. Painting is the only intuitive undertaking of mine that I fully enjoy because each moment feels like breathing magic and life into a once blank slate. An overarching thematic of everything I create is that they are amalgamations of the beauty I find in everyday life. May it be the gorgeous prints of a skirt, the lace hems in someone’s sleeve, the running water being caught by a basin with a beautiful turquoise shade, and even the sparkle in my friend’s eyes, it is in these little things that I draw much of my inspiration from. Even if there is only so much that I can depict in my own perspective and with my skills, there remains a plenitude of things in the world that inspire me to create, even inside my own home.

Seeing the wonder in something ordinary was how I began my art journey. I had always desired to create something on my own ever since I discovered that for every beautiful illustration I saw in my fairytale books, there was a person behind it all. I was amazed that expressions of anger, happiness, and even sorrow was as clear as day in the faces of the princesses that I have read about. I remember attempting to capture its likeness at the tender age of six, drawing faces over and over again until I had a sizable stack of papers that bore such heavy pencil marks. At the age of eight, I was introduced to the basic principles of pencil shading when I signed up for an after-school class. I was smitten by the idea that I could add life into my drawings by creating light and shadow with just a pencil. From then on, it was just a matter of drawing anything that I could lay my eyes on and when the opportunity presented itself to me. I took the process of creating art seriously when I was twelve. I learned from the repository of information that art students put up on their Tumblr blogs. I learned even more as they began to post unfinished work and documented their progress step by step. Slowly, I also started seeing recommendations on the types of materials that I could use to better explore with. By fifteen, I enjoyed drawing portraits spanning different dry and wet mediums, from colored pencils, to ballpens, and gouache paint. I have come to relearn so many of the things I thought I knew through the advice of seasoned, renowned, and budding artists during the Ateneo Heights’ Artists Workshop. What I thought I went through alone was a shared experience that I had with my fellows, and the guidance I found through Sir Karl Castro is one that I have etched into the depths of my mind. Creating my latest pieces even in the midst of not having done so in months was a challenge in itself; I was plagued with a melting pot of emotions that made me turn away from my own art, for I feared that I wouldn’t create something worth anyone’s while. However, it is the words of my mentor that endure: as I found myself in a rut, I asked myself why I painted in the first place. I wondered what fueled me, even when I hit a rough patch. What was the enduring message that I wanted to tell the world in and through my art?

My life is a work in progress, and so is my art. I don’t move and strive towards perfection but improvement. My works capture the fleeting form of what I think and feel to be beautiful, but not just in the present. It is in my art that I am able to revisit the memories of my past and appreciate what I take for granted in the present.