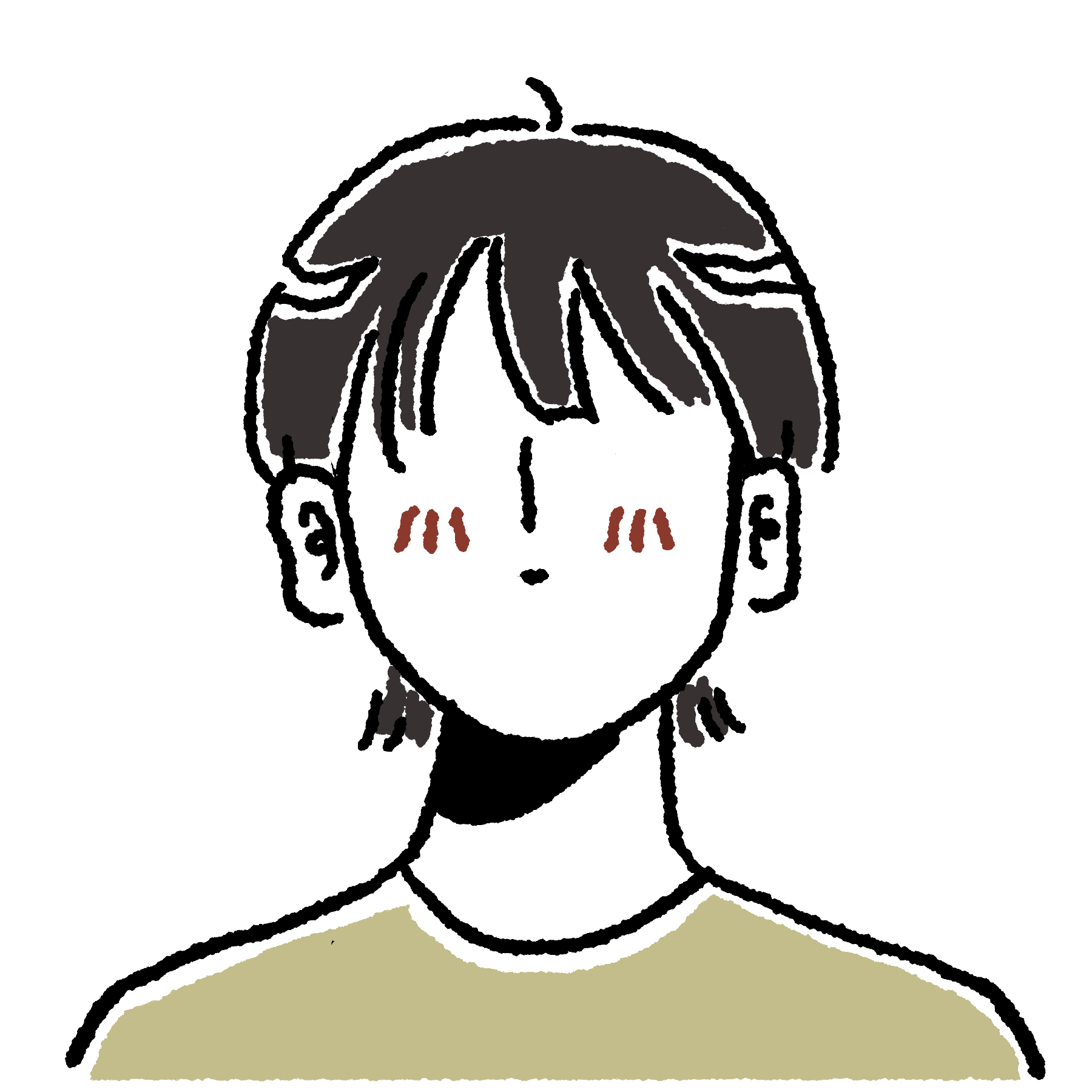 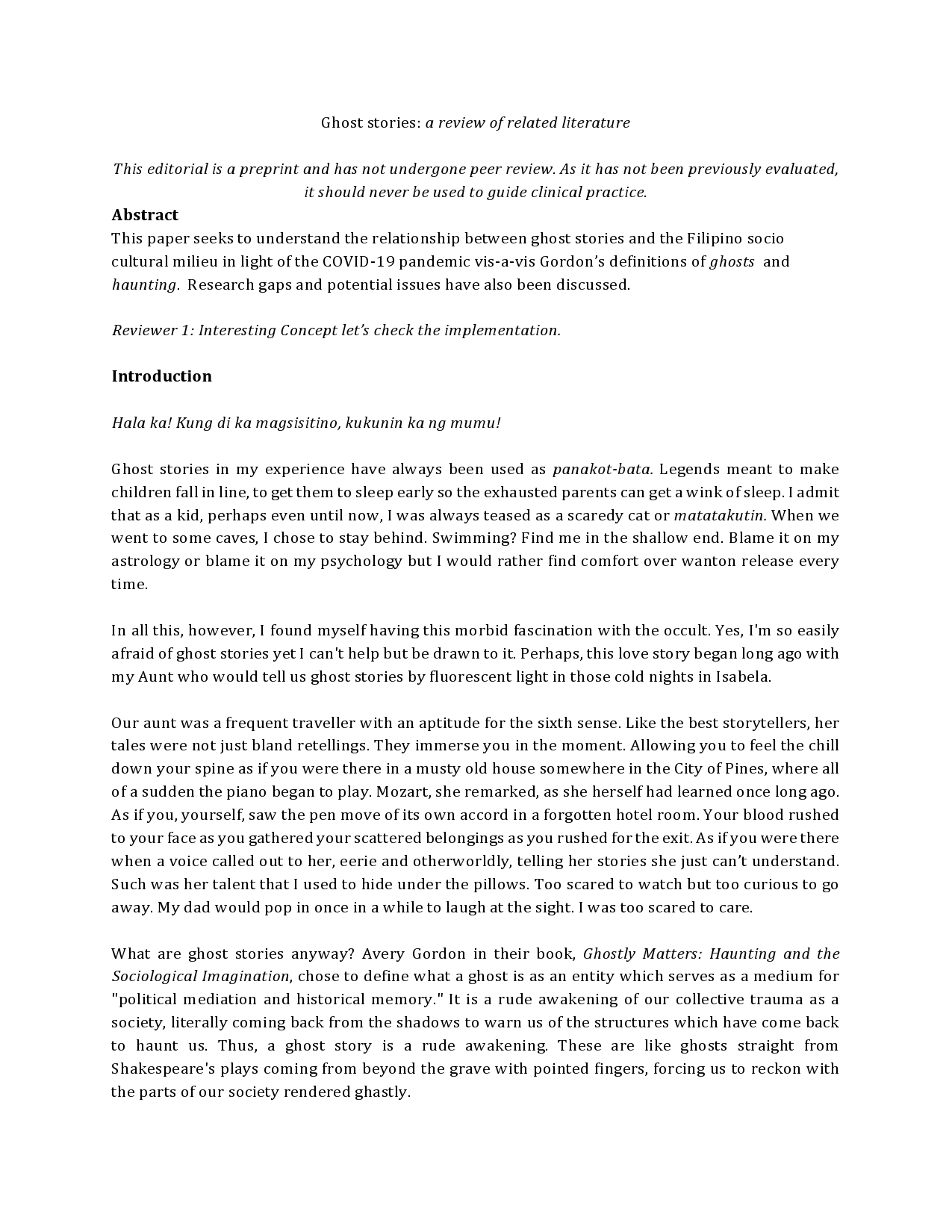 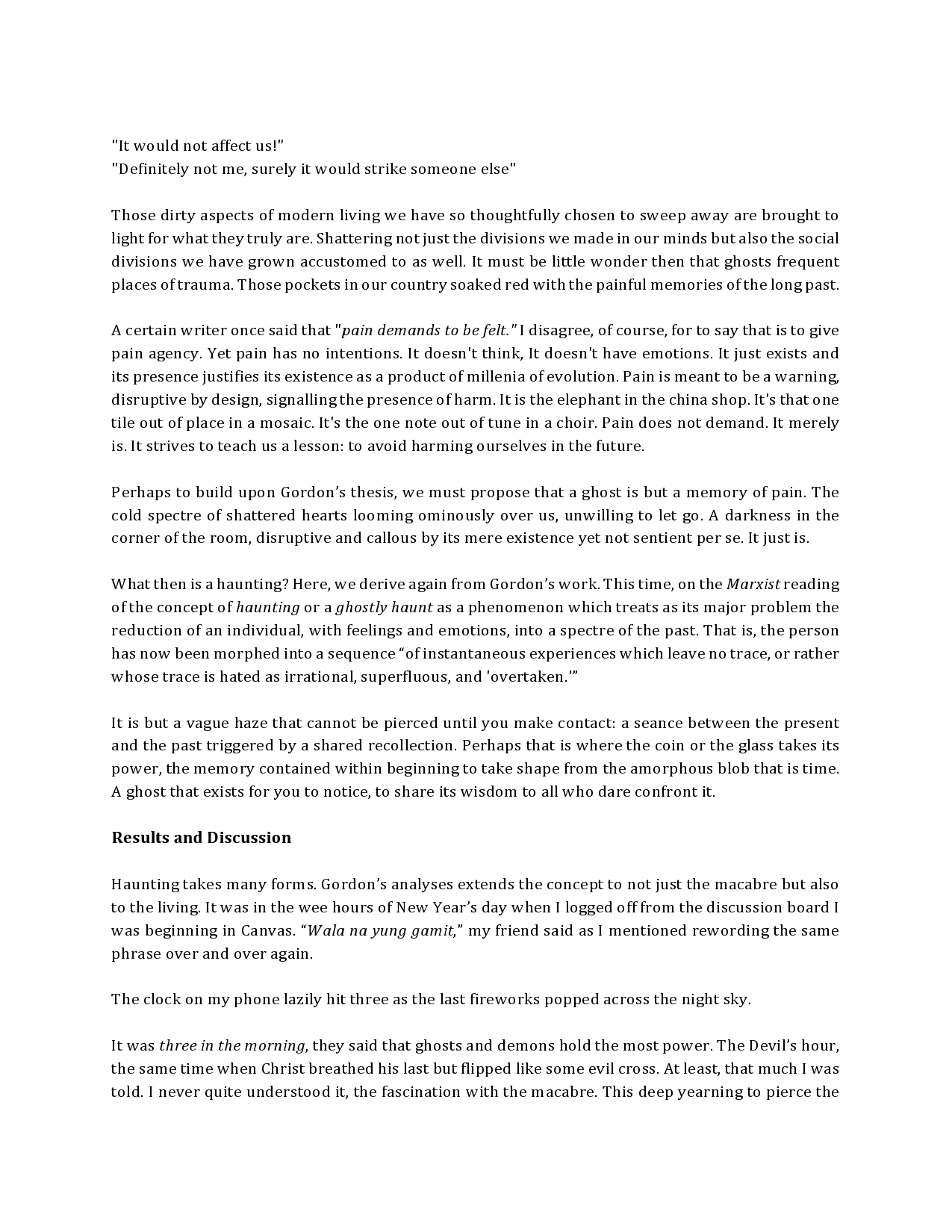 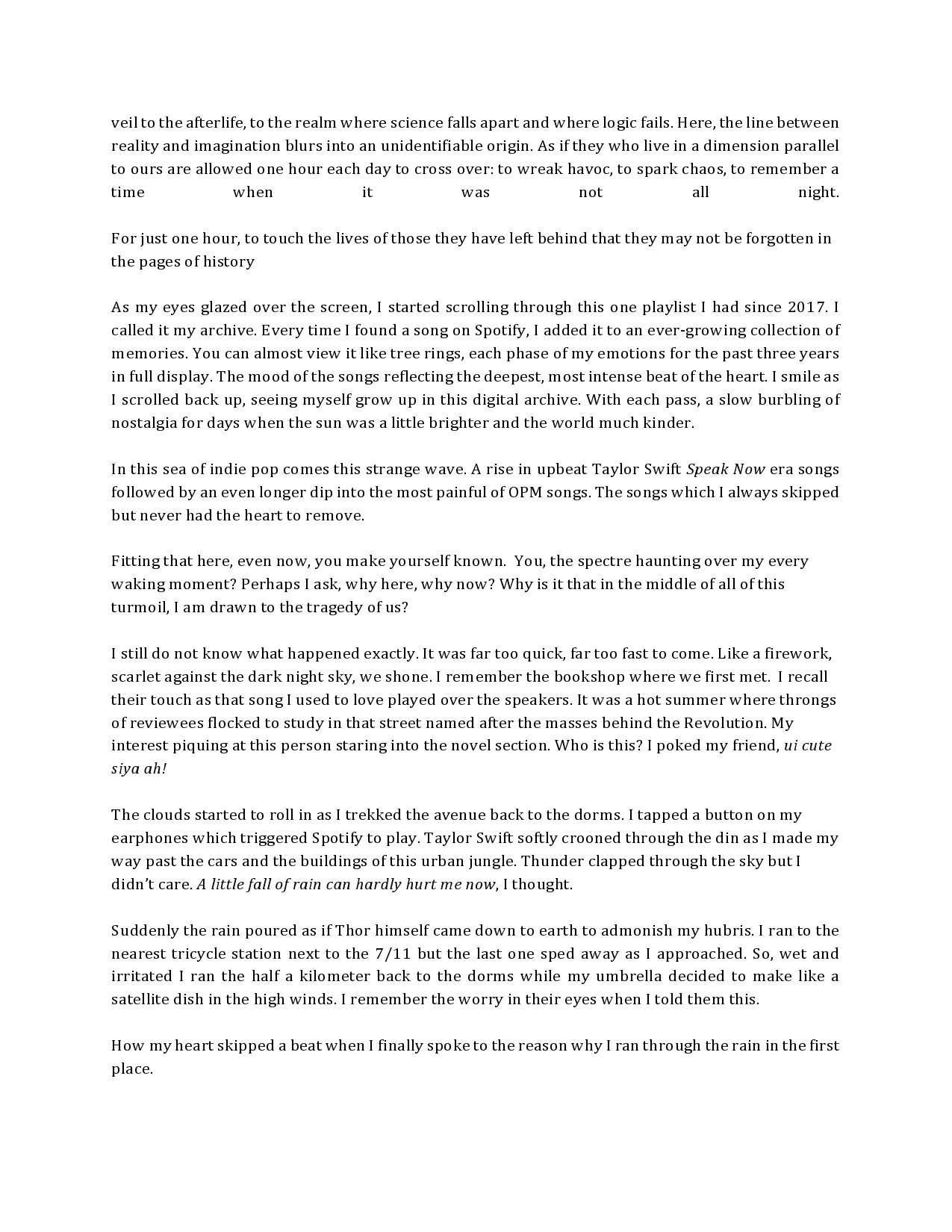 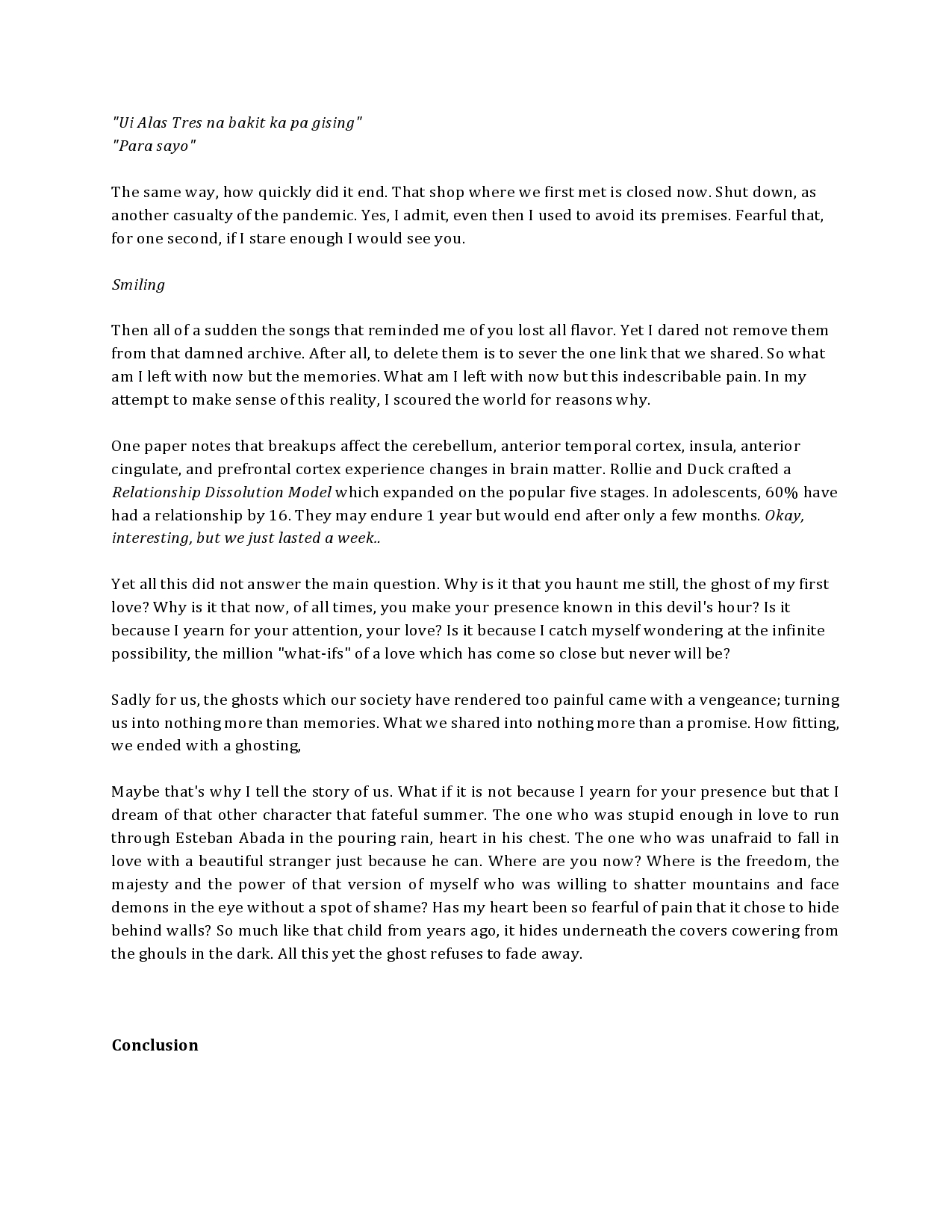 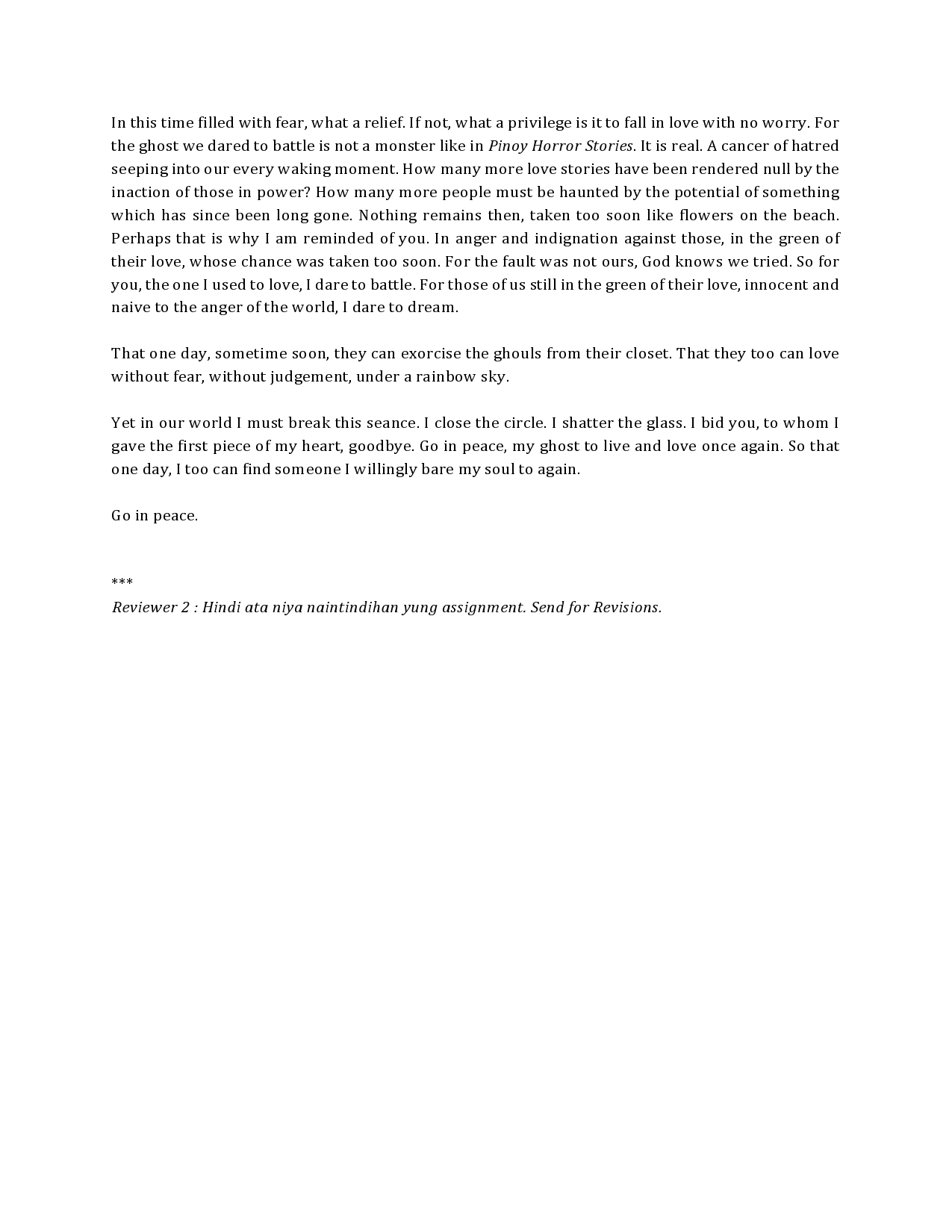 As a child, I’ve always loved reading. In the cabinet of my grandfathers’ room was a pile of books, yellowed with age and the scent of old ink. Written on them were tales of men and women long ago. Words gushing forth from the minds of its author, allowing others to drink deep from the depths of the human heart. Even now, I find solace among the silence of the libraries, only broken by the soft scratch of pen on paper. Stories are powerful, more powerful still than the world’s greatest armada. After all, it is not the atom bomb itself which brought about the end of the Second World War but the stories of suffering and the threat that came with it. Art allows us to view the world through a different lens, to view ourselves plain as day without the trappings of self-entitlement. It is the fool that dares to point at the emperor with a mighty shout “The Emperor has no Clothes!”

Personally, the Heights Writer’s Workshop was quite an interesting experience in this regard. As someone who was more used to the more scientific-side of the University, the literary community was both daunting and exciting. After all, where else can you find a group of adults debating over the imagery of a poem or the meaning of a shift in rhythm? Here, stories are not just letters on a  page but are alive. That is why I never thought of myself as an artist. It takes courage, it takes strength and it takes power to view the world with brutal honesty. Call me out as a Capricorn Moon and Rising but I much preferred the structure that can be seen in the laboratory or in the science books I loved so dearly.

Yet as I grew older, I realized that Science does not have all the answers. Even the best models are just that: models. They are but educated guesses of our monkey brains making sense of our reality. How can you compress the depth of the human soul into mathematical equations? So, in an attempt to make sense of my reality I started to write. After all, I was just an only child still living with adults twice my age. For much of my life, I was alone. So I found solace in myself and in the written word. In the same way that the scientific method is a series of a thousand trials, I began to embark on an expedition to write down my emotions. That is, I started to cope by casting all of the inner turmoil to the written word in a mad frenzy of catharsis. This exercise serves as an attempt to tap into the unknown and to flesh it out to reality. Unwittingly, through the myriad of retrospectives that I keep writing, I opened a portal through to the deep vestiges of the past.

The results of which are seen in ghost stories: an annotated bibliography. This was brought about by Ms. Eliza’s relatively simple question, “Why not merge your styles? After all, you do not have to throw one for the other.” As such this essay was inspired by the concept of the pre-print. In the scientific world, a preprint is the premature version of a journal undergoing review prior to eventual publication. As such, I thought that it could be an interesting avenue for exploration: what if the scientist cracks? What if instead of the objective literary analysis, the personal falls through? I would like to describe it as a chimera, a merging of my two different styles: the scientific and the artistic in analysis of the same theme. After all, what is a ghost but the haunting of a collective imagination?

I still do not think of art as my primary weapon. Perhaps I am a victim of my high standards. I find myself still more comfortable with books and studies, with papers and numbers. Yet I cannot discount how it is in art that I practice how to live my life. It is impossible to forget how the world behind the page is a reflection of the world behind us. It is in my hope that through the stories that I attempt to write, I too would be able to create a safe haven for those who, like me, are ships seeking harbor. That perhaps one day, I too will write the story of my life to be digested by a child bored in his grandparents’ house. I pray that when that day comes, I too can provide wisdom from the depths of my heart. If I can do that — if at least one person says that I brought them the same peace that those tomes brought me — I would be at peace.

Perhaps that is why I even dared to take this risk in the first place. Maybe it is brought about by a desire to improve this craft at the off chance that someone might view my work as a lifeboat. I wish to learn more about how to even write in the first place. More importantly, I wish to build confidence to show our current reality as it truly is. To be like the artists of old, daring the gods to come to terms with their hubris. The will of the universe is to keep pushing forward. I want to be one of those who sparked that shift, using the written word to break the mold and to bring forth a new dawn.