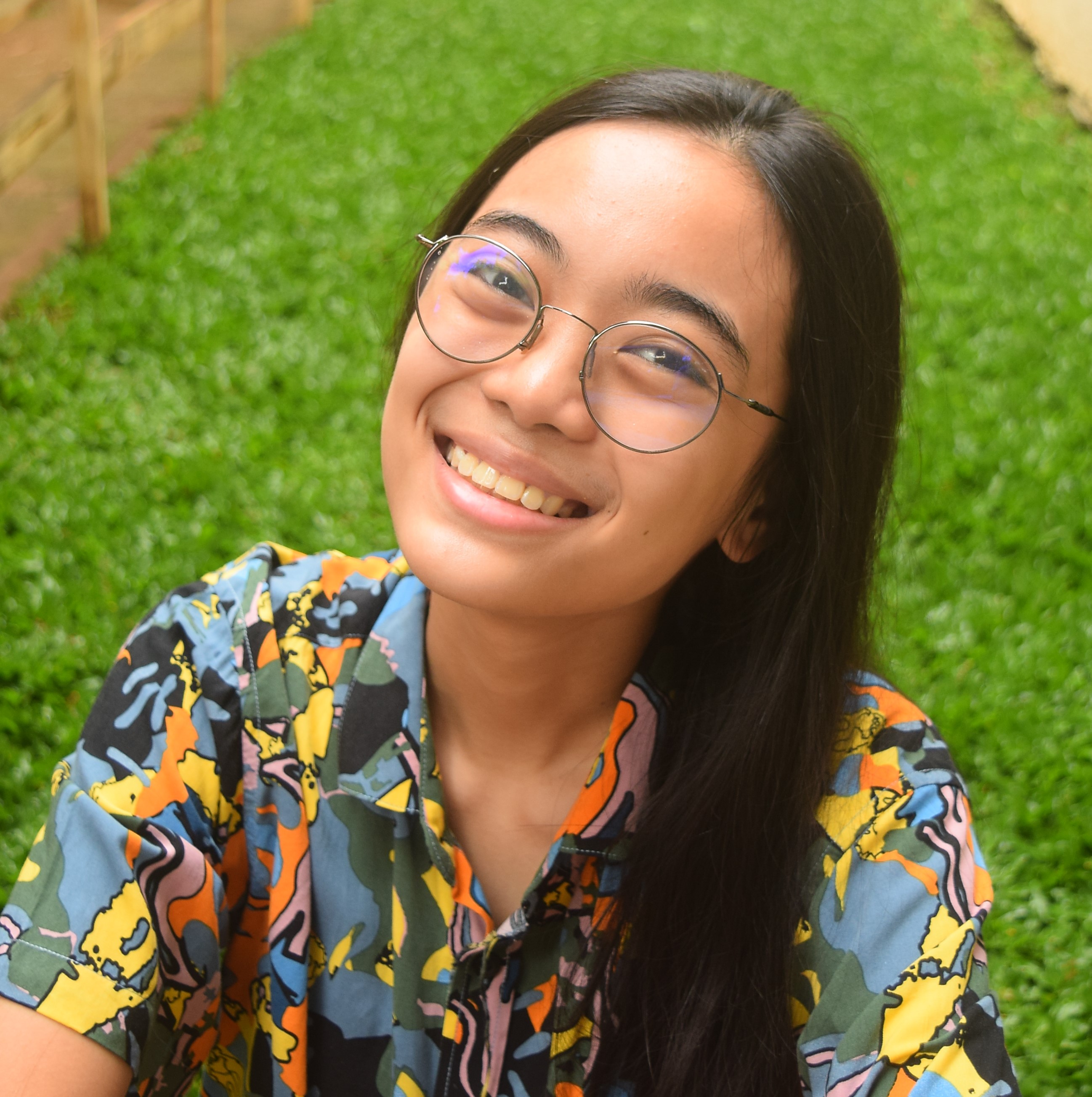 Ateneo Heights Writers Workshop 26 Fellow
“Fall in love, stay in love, and it will decide everything.” — Fr. Arrupe, SJ 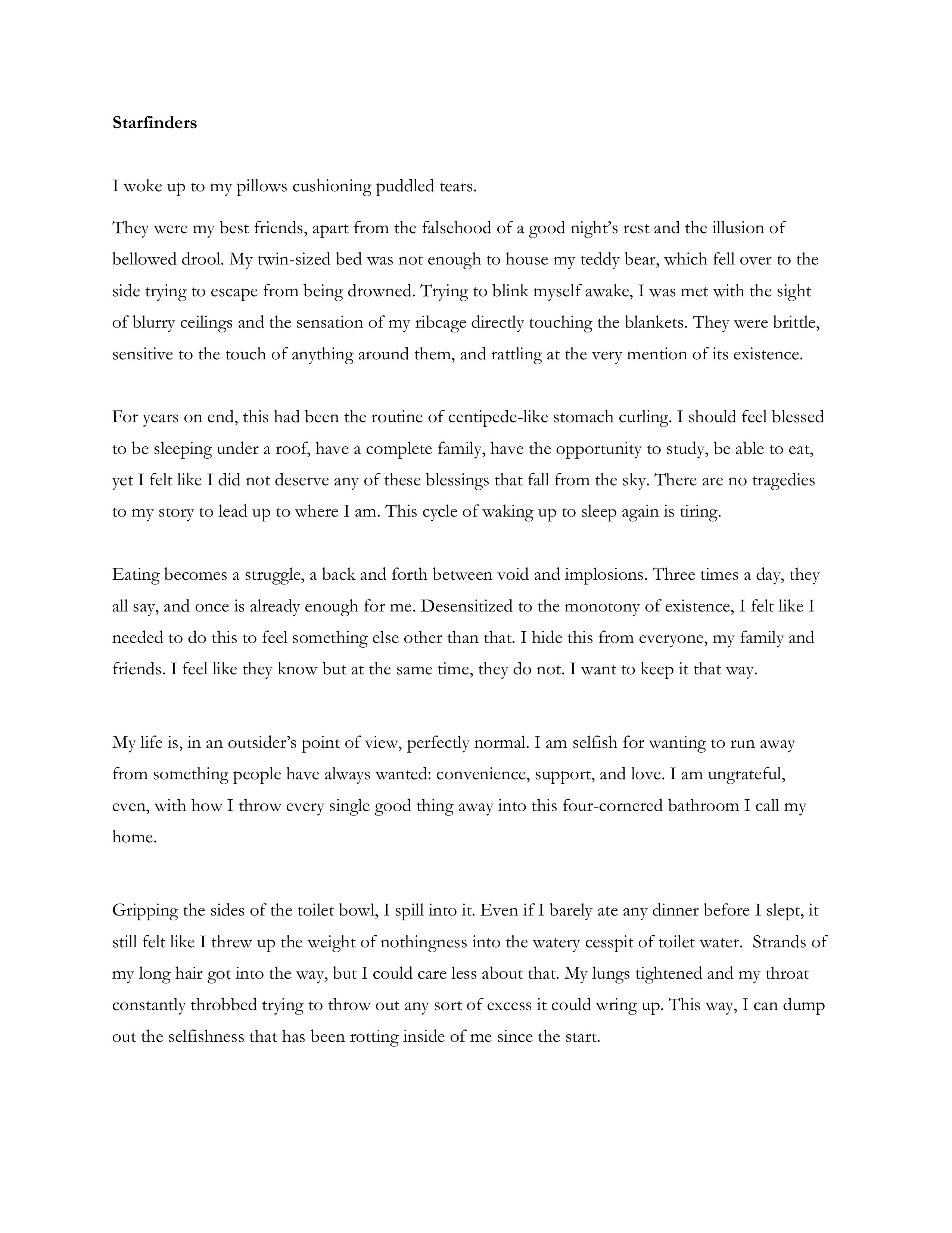 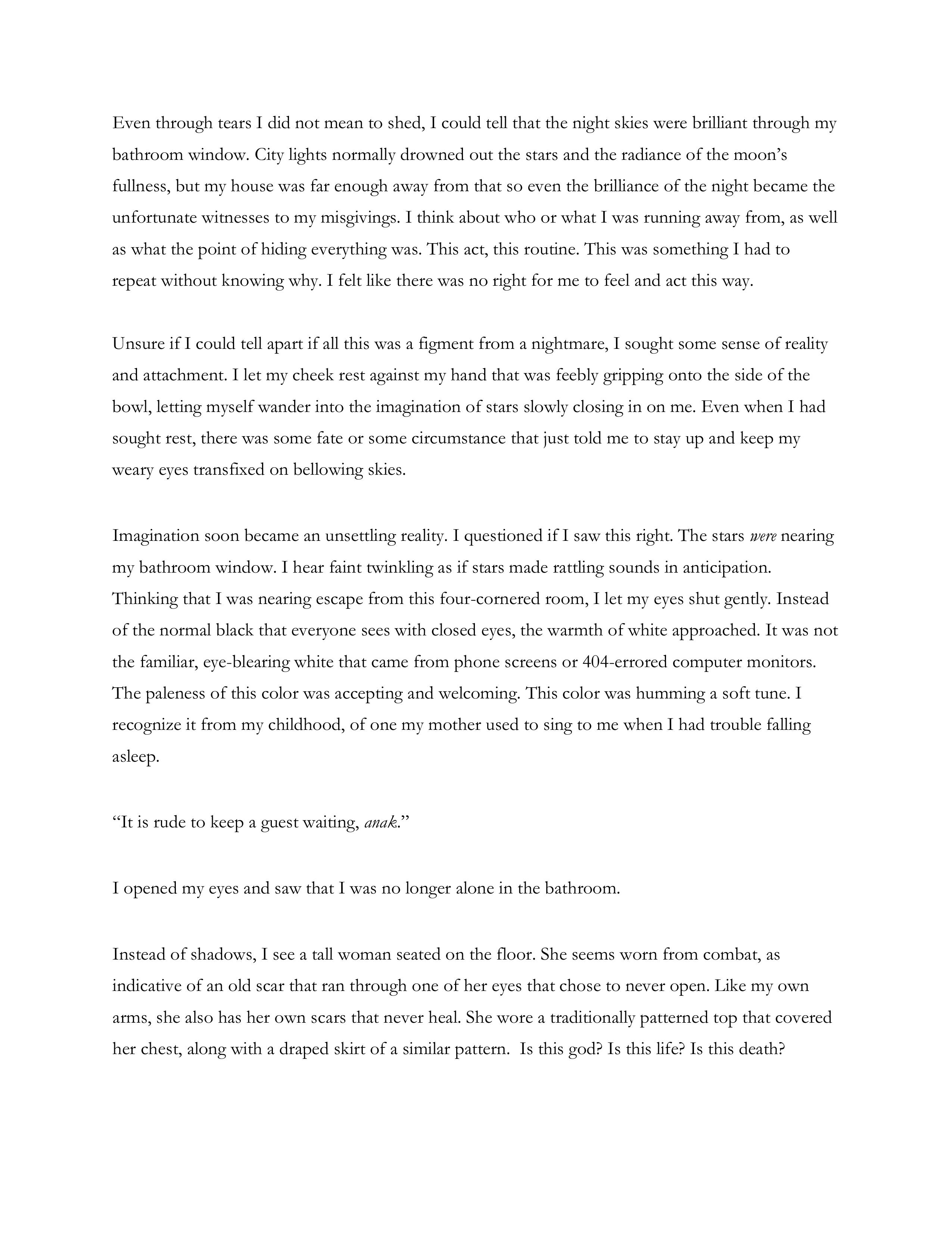 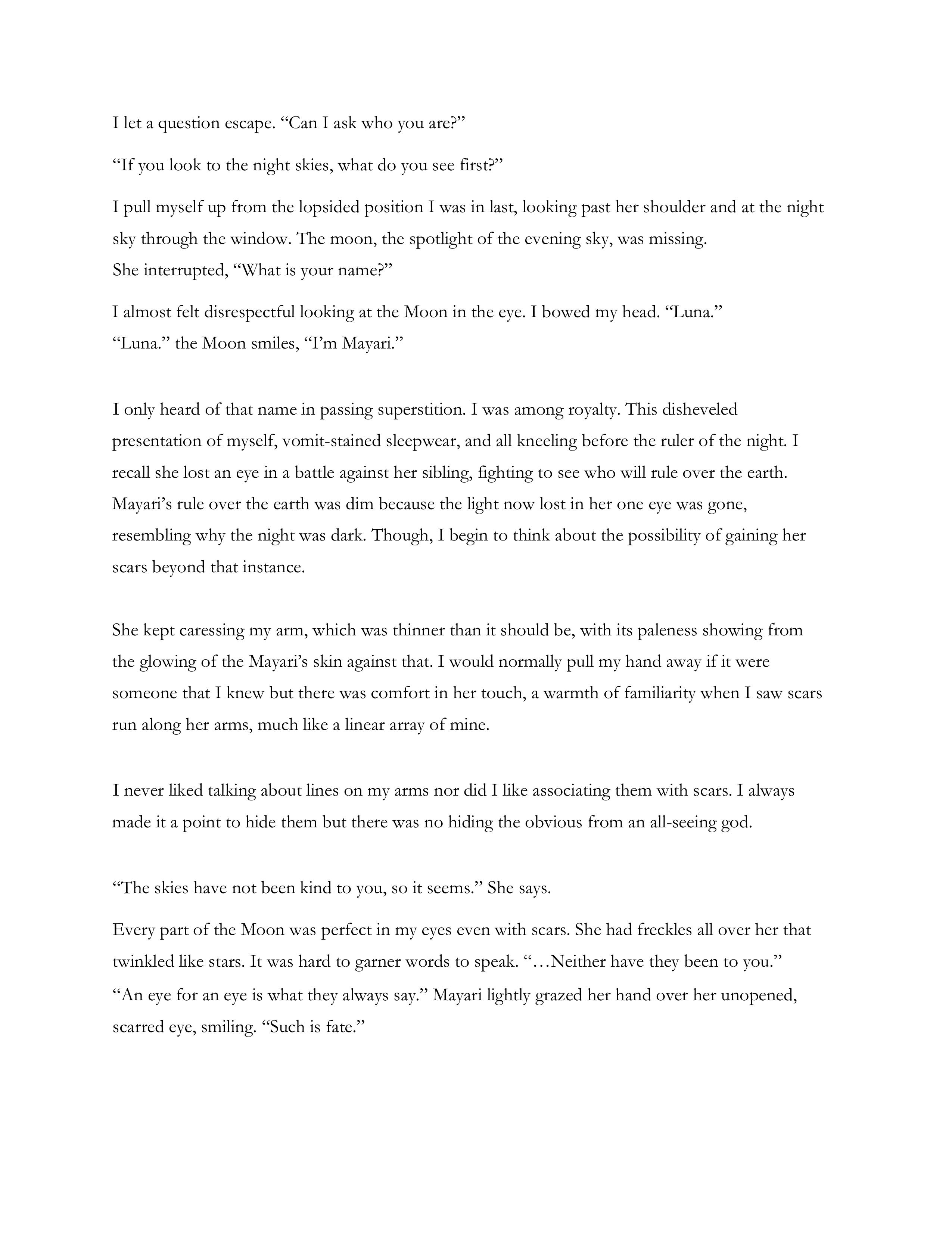 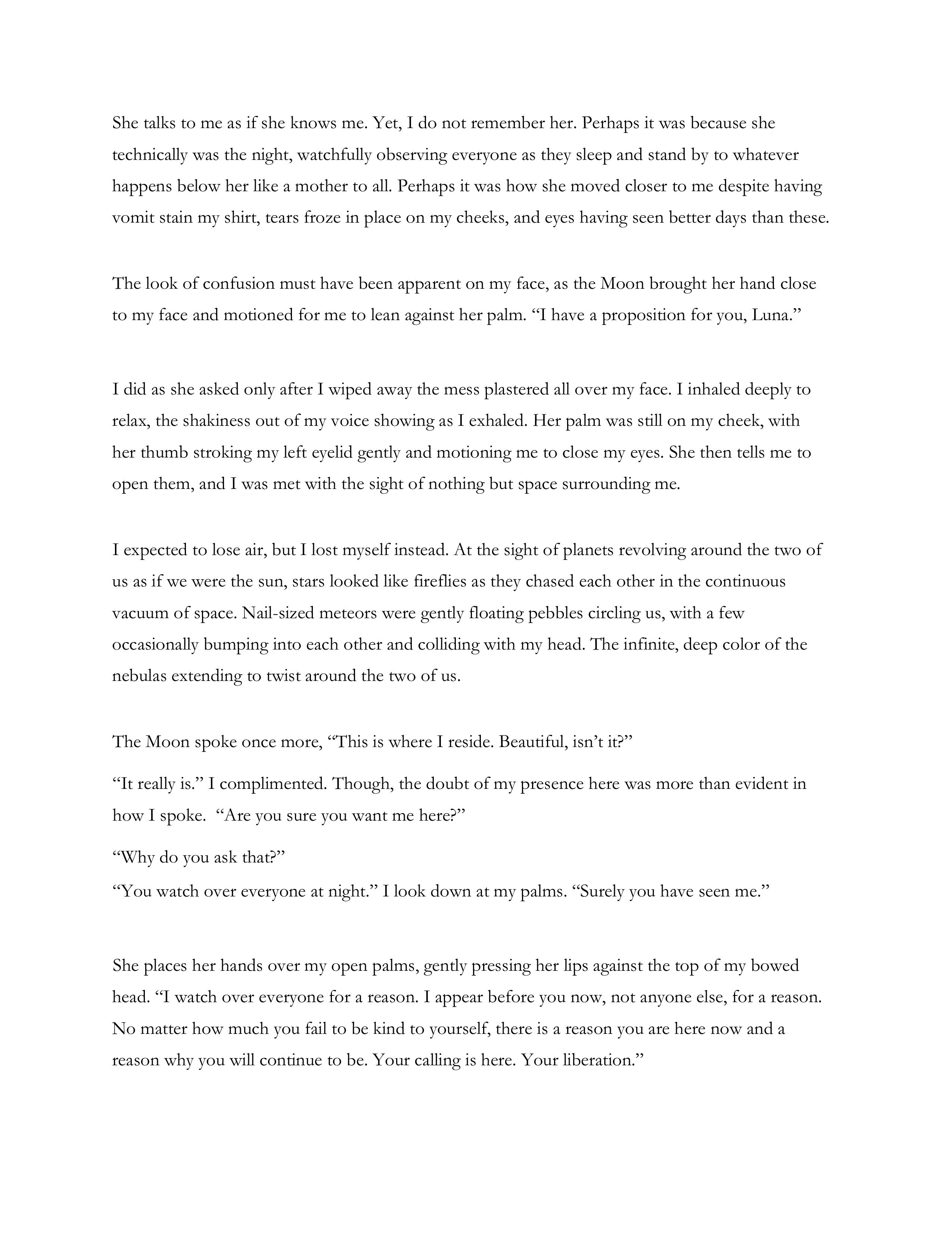 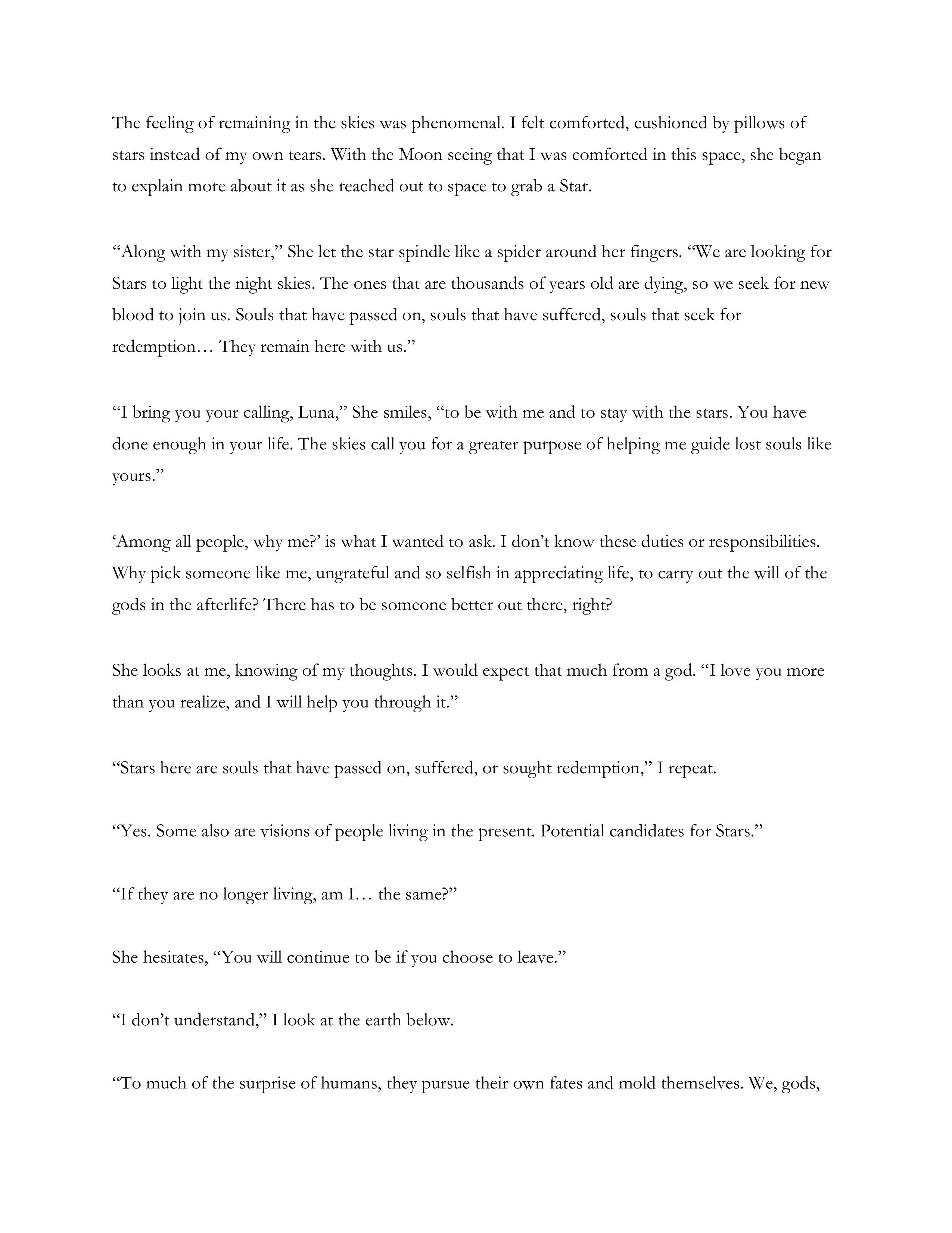 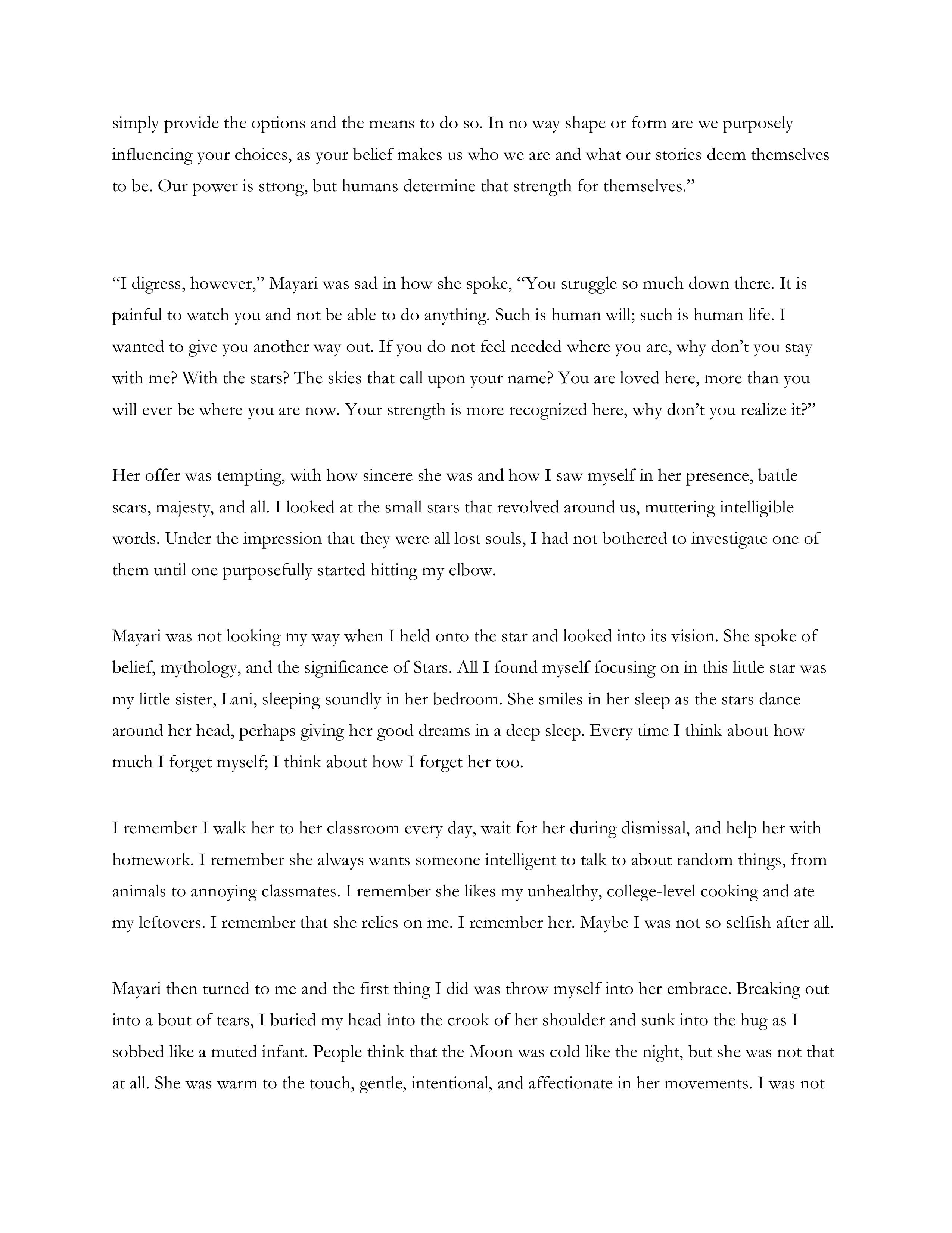 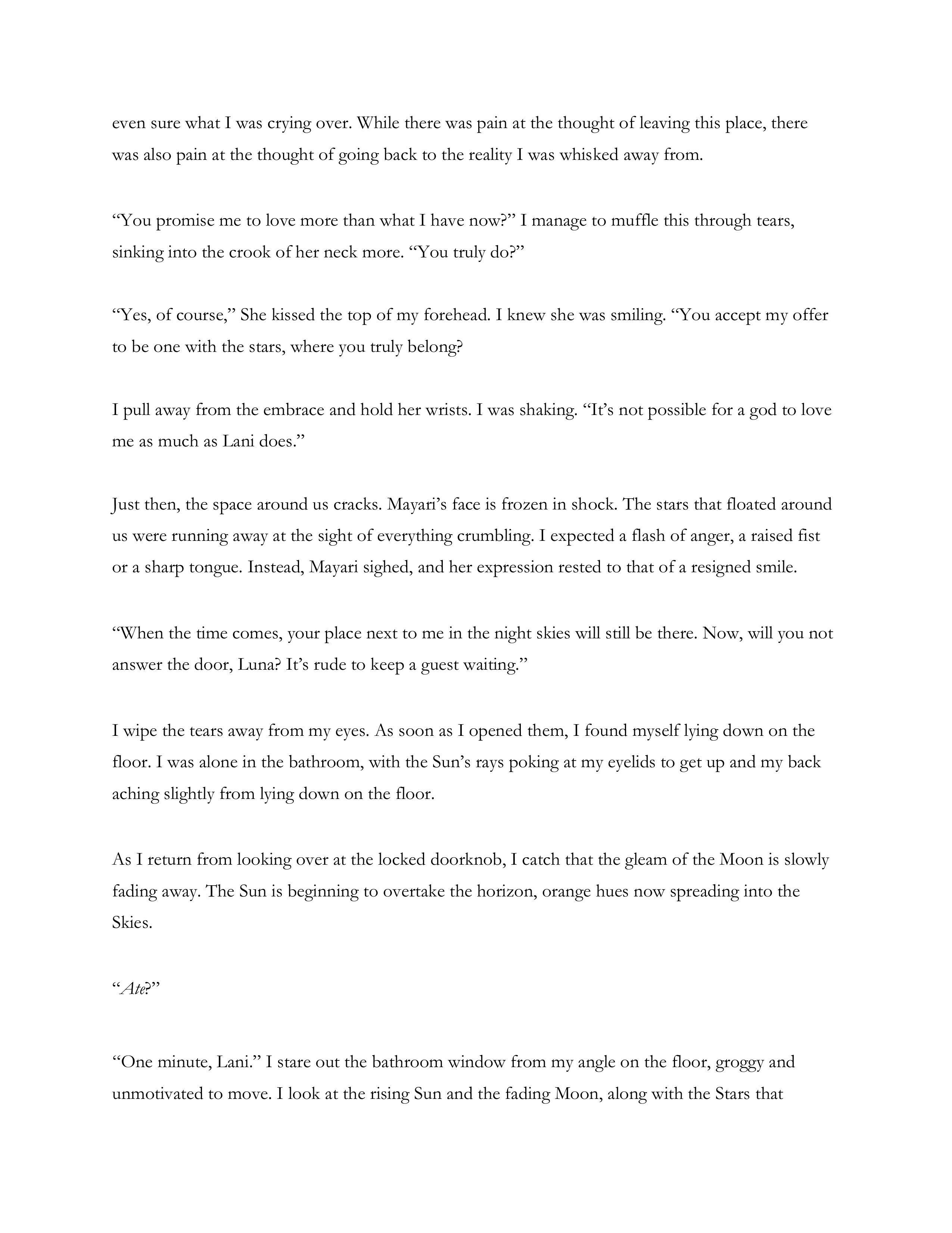 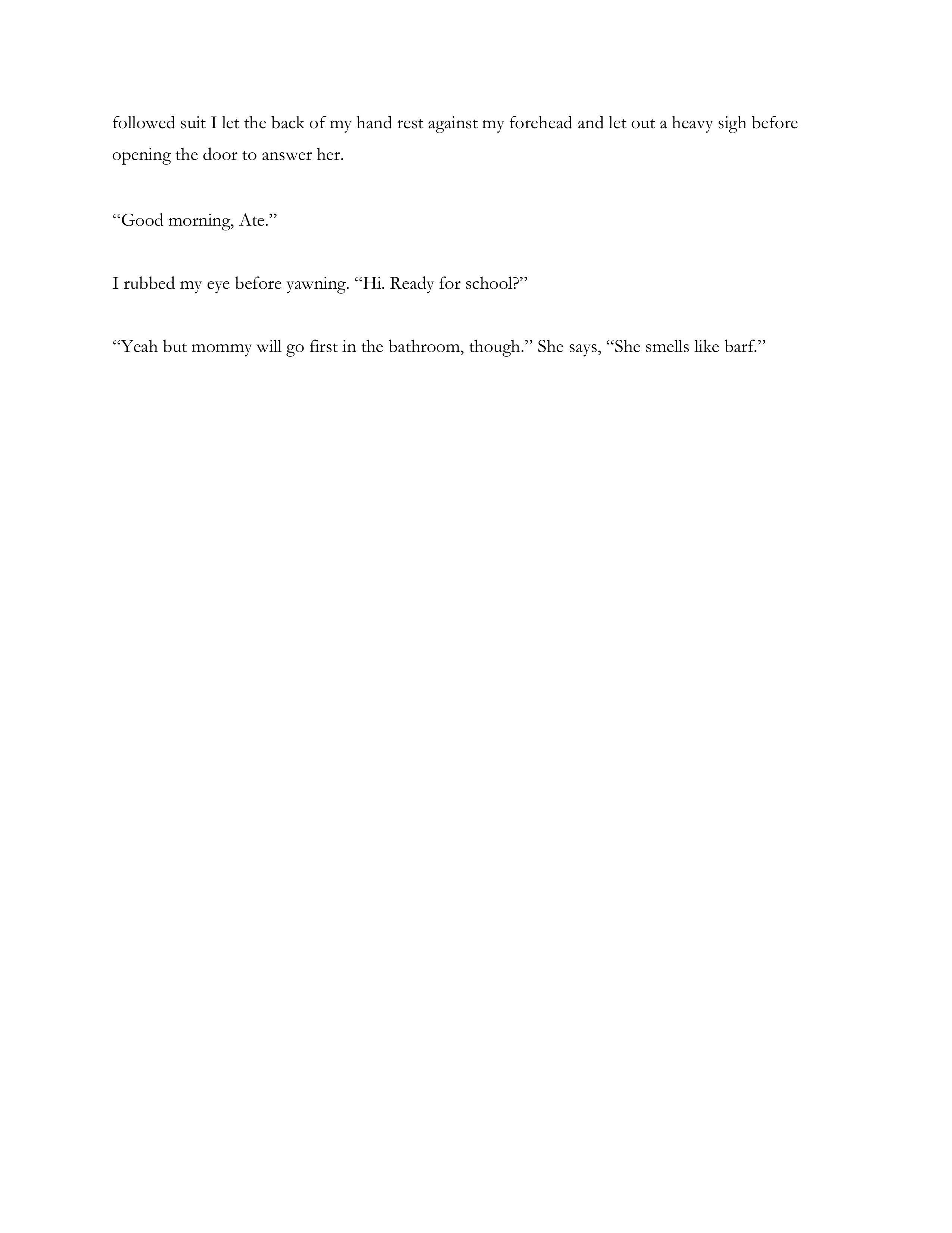 As long as conscious thought streams, narratives are constantly being written down. A stereotypical interpretation of literature mainly lies in how it is perceived in a printed, hardcover, New York Times bestsellers book, or any combination of the three. However, literature is flexible and versatile, not only limited to the written word.

As someone who often wanted a backseat from the spotlight-written stories, I found comfort in reading about realities that were far more fantastical and detached from the current one we all live in. This was perhaps a vain attempt of escapism, as it turned out that reflections of that same reality I tried to be detached from would still be reflected in whatever I read. Eventually, that same attempt was done in drawing and the creative process. While the art I made when I was younger had mainly been influenced by cartoons I watched or books I read, it played a large role in how I eventually wrote. With how fantastical characters were illustrated and conceptualized, that same soul of thinking had translated into how I wrote. It was not a substitute to art but more of the two concepts expressing personal emotions, thoughts, experiences, and other sources of inspiration I draw from that I found comfort in.

I eventually found enjoyment and purpose in pursuing that. I thought that calling my childhood spent comic-making, drawing original characters, and story-writing “art” or “literature” was a reach since I felt that I lacked in skill to fit into the confines of what those words meant. Despite my initial impressions, art and literature can most literally be anything under the sun. Anything perceivable to the human eye is retold in a meaningful way.  With how I chose to tell stories now with darker undertones instead of ones that chose not to run away from discussing them, these are conversations that had to be had.

Oftentimes, we find ourselves looking for inspiration and motivation to continue writing the story we have in our drafts. The unfortunate reality is that the industry waits for no one and the same goes for inspiration. To base one’s own productivity purely on motivation is not the most efficient method in continuing the stream of thoughts one would have in writing. It will, admittedly, not be the most pleasant experience having to make yourself write on a regular basis. This is not to encourage an unhealthy stream of writing with no breaks but to establish a constant to learn and love what you do for yourself and others around you. Inspiration, from experiences, family, friends, feelings, and the like, comes easier to you through that. My motivation for writing stems from the idea that it will not stay. With how fleeting inspiration can be, catching them in the spur of the moment and encapsulating that into a tangible narrative is a core skill in writing that captures the heart of it.

What reigns true about my works is that they reflect my past experiences and emotions in a fantastical, fictitious way. For the short story pieces that I submitted, “User Timed Out” delves into the thriller aspect of a dying online platform with ties of sentimentality to its life while “Starfinders” hauntingly narrates a dream-like night of a protagonist struggling to move onto their tomorrows at the offer from a goddess to be part of the Stars. May they have grim undertones, the stories recount sentimentalities that make the human humane even when unprecedented events may reveal its “ugliest” corners.

After the Ateneo Heights Writers’ Workshop proper, and with it being my first workshop, the idea of appropriately representing realities and struggles of such proves to be a challenge, most especially in fiction where that can be misconstrued. Creating and representing realities others untold is a cycle that relies on strong characterization and context, both of which I need to build up in pursuing fiction. In fiction, you may start with a good idea but lack the investment in elements to consider like lore, culture, and lifestyles of more than just the characters you bring to life. Fiction is more than just ideation and creative concepts. While it does incorporate that, it needs to be utilized and told purposefully through characters, setting, and context. As much as I write for myself, the thought should go the same way in writing for others.

To represent and be represented in fiction brings the responsibility of meaningfully doing that with these intentions coming across just as clearly instead of chasing star-studded titles that come along with bestsellers books.